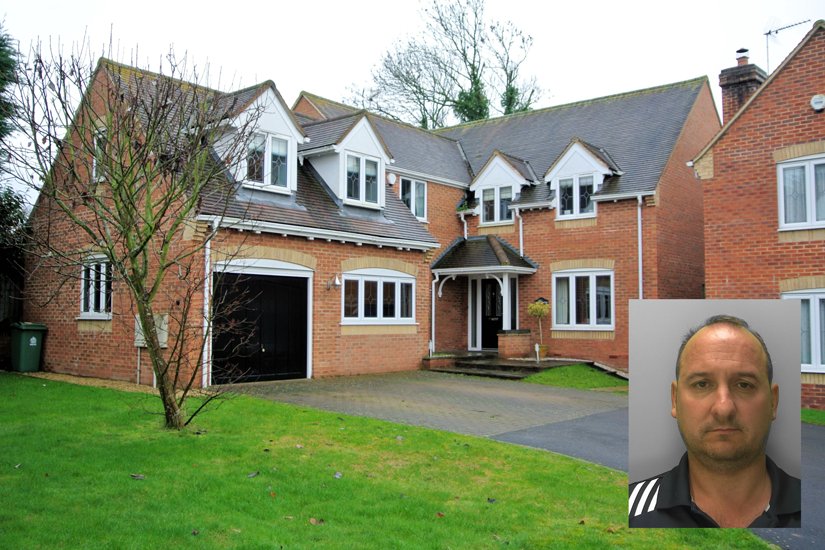 The following can now be reported as a judge has lifted the reporting restrictions around the case (as of Monday 13 August 2018).

Former NHS Associate Director and his co-conspirators were sentenced earlier this year (24 May 2018) at Bristol Crown Court for conspiracy to defraud.

Royston Dyke, (49), was employed by Gloucestershire Hospitals NHS Foundation Trust (GHNFT) as the Associate Director of Capital and Development, where one of his responsibilities included approving contractor invoices. Dyke had been employed by the trust and the NHS for many years, before being suspended (in connection to allegations of mispractice) pending an internal investigation in 2015 and later having his employment terminated. It was revealed through investigations led by Gloucestershire NHS Counter Fraud Service and Gloucestershire Constabulary that, in total 204 invoices, typically worth of a value of £3,000 - £5,000, were submitted. The majority of these invoices were for work that had never taken place. Dyke signed the majority of the invoices. Gloucestershire Hospitals NHS FT was defrauded to the value of £655,013.

The two contractors were PSP Decorators Ltd (PSP), which was run by Peter Potente (54) and, Longlevens Building and Roofing Ltd (LBR), which was run by Graham Fallows (59) and Vince Smith (58). The three are friends of Dyke. Suspicions were raised through the trust's internal process due to Dyke's particular interest in signing off invoices submitted by PSP and LBR as well as the lack of recognition of work carried out on the days claimed. Following the suspicions, an investigation was launched by Gloucestershire NHS Counter Fraud Service and Gloucestershire Constabulary. It was later revealed that Dyke used the money he defrauded to pay for a lavish lifestyle, as well as renovating his home and his family's through LBR, which was owned at the time by Fallows and Smith.

Dyke, Smith, Fallows, and Potente were all charged on Monday 20 June 2016, where they were charged with one count each of conspiracy to commit fraud by abuse of position, they all pleaded guilty.

The group have been sentenced to a total 12 years and 8 months between them (combined). Recovery under the Proceeds of Crime Act 2002 (POCA) is being pursued for all four subjects by Gloucestershire NHS Counter Fraud Service and Gloucestershire Constabulary. The trust is set to recover 90% of the money defrauded, with the four being ordered to pay back £594,433.

Through the investigation, it also came to light that Royston Dyke had a previous criminal conviction, and a police caution. He had failed to mention them to the trust on the two occasions he had applied for promotions (in 2002 and again in 2007). On 24 July 2018, Dyke appeared at Bristol Crown Court and pleaded guilty to two counts of fraud; one count of obtaining employment by pecuniary advantage by deception for self and one of fraud by false representation. He was sentenced to 3 months imprisonment on both counts to both run concurrently with his existing sentence. Dyke will also lose his NHS pension.

"The NHS Counter Fraud Authority commends the great work the Gloucestershire NHS Counter Fraud Service and Gloucestershire Constabulary have done together in tackling fraud. Their collaborative efforts have ensured that four people who thought they could take advantage of the NHS have been brought to justice. One of the perpetrators went so far as to spending the money he had stolen from the NHS to fund a luxurious lifestyle. Money intended for patient care should stay where it belongs, in the public purse. The result demonstrates that NHS fraud will not be tolerated, fraudsters will be brought to justice, and wherever possible, redress of the money stolen will be sought."