NHS fraud investigators star again in latest season of the BBC One documentary. 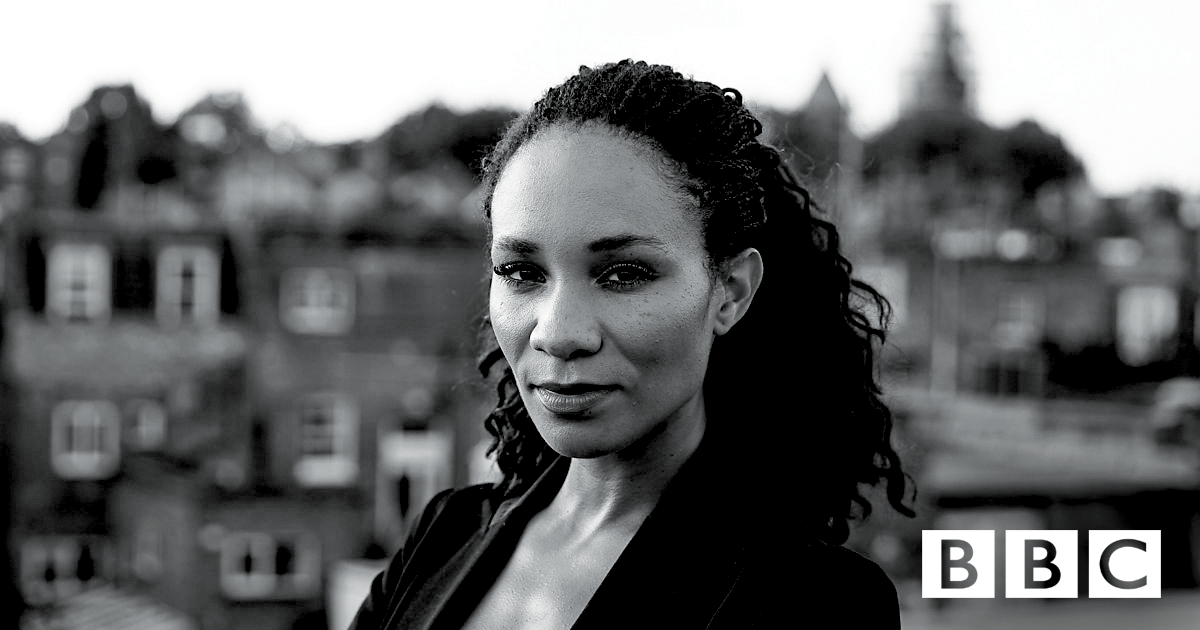 Returning this week is Fraud Squad, the BBC’s documentary series following dedicated fraud-fighters pursuing the criminals who steal billions from the public purse every year.

This fourth season of the programme includes five stories from the NHS, featuring fraud investigations led by the NHSCFA, NHS England and Improvement and NHS Counter Fraud Service Wales.

Fraud Squad will start on Monday 31 January and there will be four shows before the Winter Olympics, four after. All episodes will air at 10am on BBC1 and will be available on iPlayer for a limited time afterwards – see below for a full schedule of episodes featuring the NHS.

The Fraud Squad Series 3 audience share averaged 22% in May last year – the highest weekly average of 2021 in that slot. There is a good chance the new series will again pull in a million viewers per episode.

“I know a tremendous amount of work and thought has gone into these episodes from colleagues in and beyond NHSCFA. I am really looking forward to watching the new series of ‘Fraud Squad’ and want all of us to be shouting it from the rooftops, and thinking creatively about how we can use it as an extra turbine to power our work in many areas”. 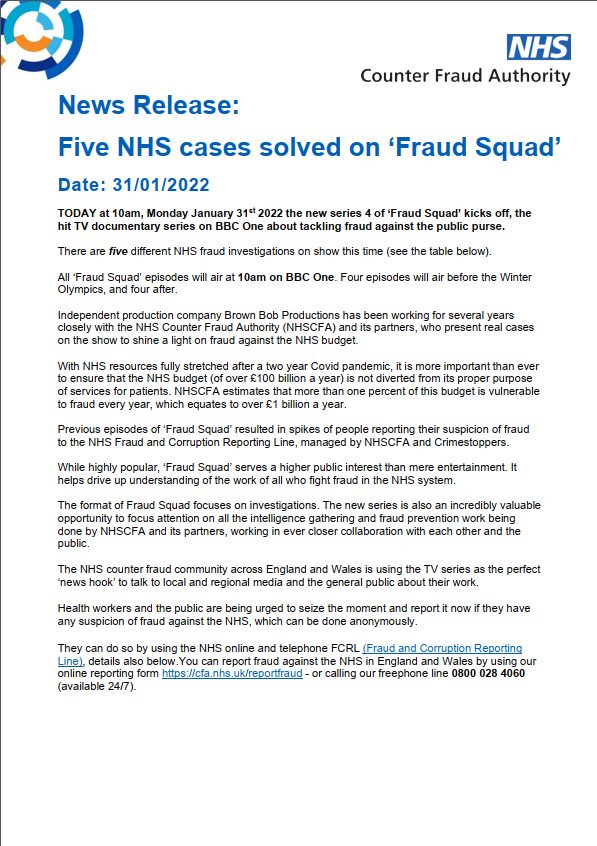 News release detailing the return of the BBC's fraud squad and the cases that the program will cover.