NHS Counter Fraud Authority trucks being rolled out for another year

The joint campaign between the NHSCFA and NHS Supply Chain will continue raising awareness of NHS fraud whilst delivering vital resources to NHS organisations. 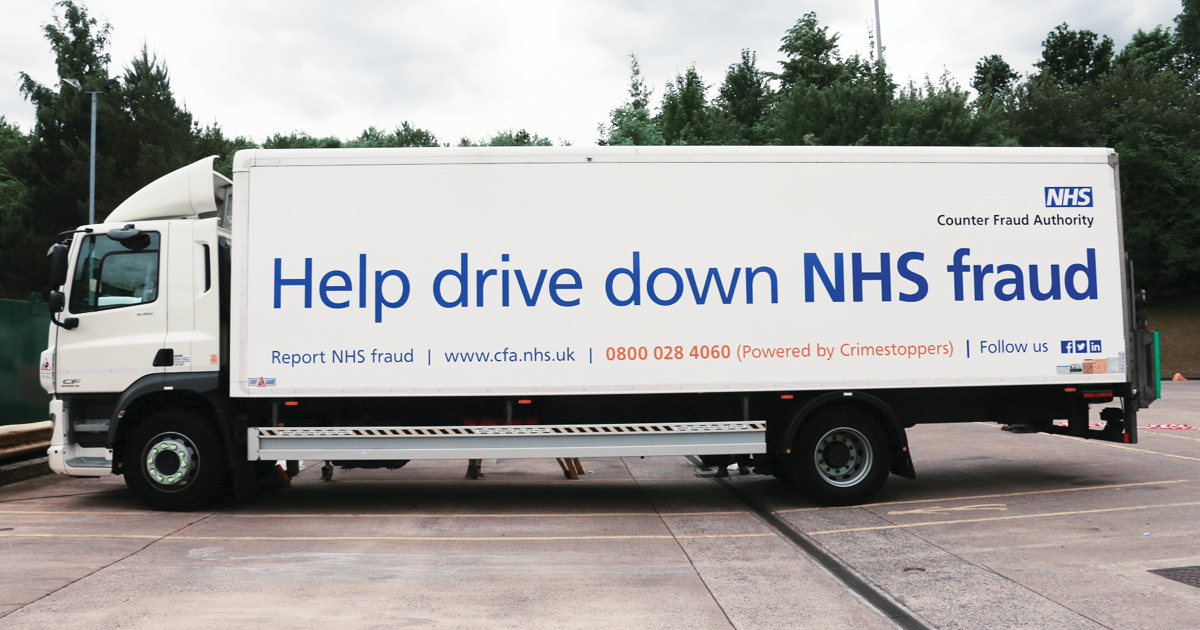 The NHSCFA estimates that the NHS is vulnerable to £91 million worth of General Practice fraud each year.

General Practice fraud relates to the manipulation of income streams or activities that violate contractual terms perpetrated by either practitioners or staff members. Up to 60% of GP practice income is derived from payments which allocate resources according to relative workload associated with each practice.

The main fraud types in this category are:

For a full list of fraud types in this category, please check General Practitioners in the fraud definitions.

To assist you on how to spot the signs of General Practice fraud and how to put measures in place to stop this type of fraud, please see below

This animation shows an example of claiming for NHS care that was never delivered through the creation of fake patients. It highlights the importance of reporting fraud and the consequences for those who commit it.

A practice manager transferred a total of £596,000 over a three-year period to bank accounts she set up to pose as suppliers to the surgery.

The practice manager manipulated accounts at the Medical Practice to cover her tracks, transferring funds from one year’s records to the previous years to hide shortfalls created by the fraud. The fraud and missing funds were only discovered after she quit her role at the practice.

The practice manager was jailed for two years and the monies lost to this fraud were recovered in full.

The total value lost to the NHS was £10,047 and the patient details he used were all entitled to free prescriptions and did not have to pay.

The doctor was given a four months jail sentence suspended for 12 months and ordered to pay £10,047 compensation to the NHS within a year, after he pleaded guilty to three charges of fraud.

How to report fraud

Report any suspicions of fraud or attempted fraud to the NHS Counter Fraud Authority online at https://cfa.nhs.uk/reportfraud or through the NHS Fraud and Corruption Reporting Line 0800 028 4060 (powered by Crimestoppers). All reports are treated in confidence and you have the option to report anonymously. You can also report to your nominated Local Counter Fraud Specialist if you are an NHS employee or contractor.